The aim of the New Riga Theatre renovation and construction project is to create a modern European-level theatre.

The implementation of the project is influenced by the fact that the building is being built in the historical centre of Riga, in conditions of intensive surrounding construction. Therefore, in the yard area, the piles of the new building have been implemented using three different deep foundation construction technologies at the same time - DSM (soil stabilisation), VDW (successive drilling piles) and “Jet Grouting” (cement-water mixture injections). These solutions have already been used by “Keller”, which is one of the world's largest geotechnical companies. Due to the increased degree of danger of the construction works, the monitoring of the surrounding buildings continues, paying special attention to the construction works of the C volume freight lift.

The project separately identifies energy efficiency works, for which the European Union structural funds have been attracted. It is planned to insulate the exterior walls of the facade, the roof covering, replace the exterior doors, build double-glazed windows, mechanical ventilation, rebuild the heating system, replace the lighting with energy-efficient LED lighting.

The area of the theatre complex after the reconstruction will be 9,767 m2; it will be supplemented by the yard with an area of 649 m2. The total number of spectator seats will be 840 (until the reconstruction - 400). The theatre will have three auditoriums: a large Smiļģis hall with 325 seats on the ground floor and 175 seats on the balcony, a large “Black-box” hall with 240 seats, a small “Black-box” hall with 100 seats. The new area of the building also includes three rehearsal halls. The second floor, called the Creative Floor, is fully dedicated to actors and other theatre staff - there will be modern dressing rooms, showers, and a spacious kitchen.

There will be a modern workshop on the basement floor. It is the underground part that is one of the most important components of the project, which allows one to implement the idea of “theatre-house”, i.e. everything from the production of decorations to the theatre performance can be implemented together without wasting extra resources. The accessibility of the environment for people with special needs has also been improved - there is a convenient entrance to the yard and the building, a lift, WC, and there are also special places in the halls.

Until now construction works have been completed, roof covering fitting works, facade reconstruction  are being carried out. Internal engineering networks are being constructed. Theater's technological equipment installation works are performed in the viewer's halls.

The parties involved in construction are purposefully working so that the construction works proceed as planned, the object is completed in the appropriate quality and the theatre can return to the building on Lāčplēša iela by the spring of 2023.

A contract has been signed with the general partnership SBSC for the construction of the New Riga Theatre for 32,4 million euros. Cooperation with the contractor - general partnership “SBSC” takes place according to the principle “Design and build”, which means overall responsibility of the contractor for the construction works and allows challenges to be solved faster. 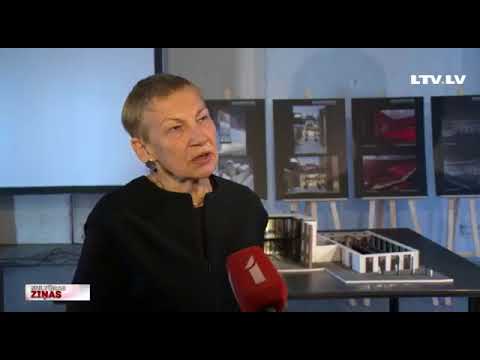 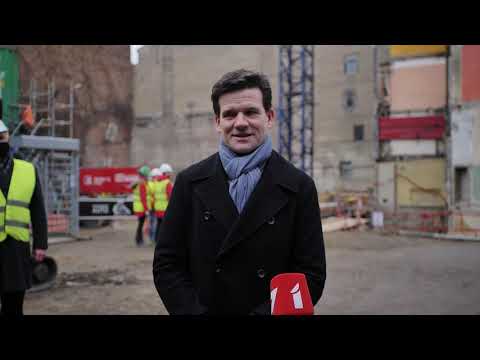 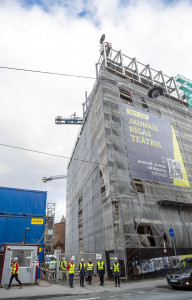 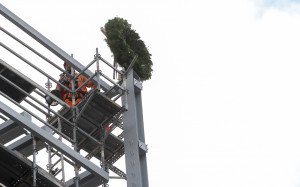 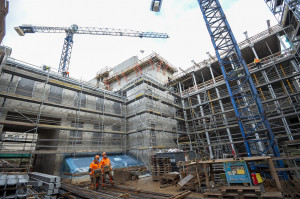 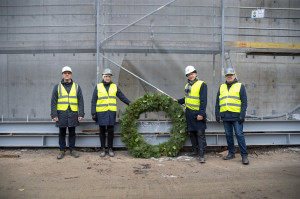 The budget of this project is influenced by the limited environment - construction conditions, city networks, substation, integration into the urban environment, restoration, observing the requirements of the State Inspection for the Protection of Cultural Monuments. However, we will have a European-level theatre, a doubled usable space, a large hall with more than 500 seats instead of the current 300. A unique solution is the dual acoustics and sound proofing, which no other object in Latvia has,

Zaiga Gaile,
reports the author of the project

Delivery to the customer
2023

Project name and identification number:
Improving energy efficiency in a building at Lāčplēša iela 25, Riga (4.2.1.2/18/I/050).

21.05.2021 From the 7378 Latvian cultural monuments, 1.7% are managed by SRE, 77.3 million euros has been invested in their restoration and maintenance, project ideas comprise the amount of 75.7 million
Izvēlies dinamisko komponenti