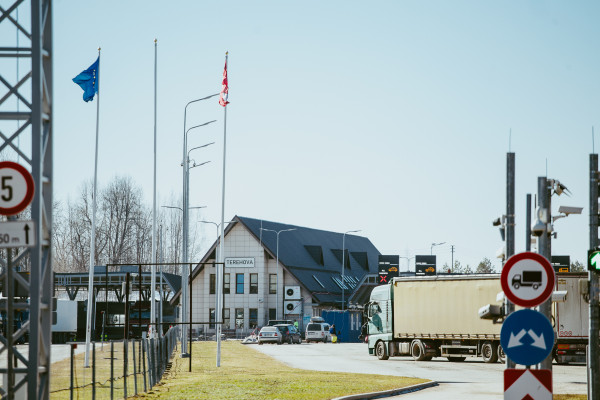 “SJSC State Real Estate (SRE) has evaluated the bids submitted in the price inquiry for the border crossing point (BCP) “Terehova”, and has recognised the offer of SIA “Pillar Contractor” as the most economically advantageous. The concluded agreement with the construction company is for 1.6 million euro (excluding VAT),” informs Renārs Griškevičs, chairman of the board of SRE.

As part of the second stage of modernisation of the BCP “Terehova”, an extension to the BCP administrative building – terminal for the control of passenger luggage – will be built and the engineering communications of the administrative building will be modernised. It is planned to start the works of the 2nd stage in the spring of this year with the development of the construction project, and to complete the construction works by the end of 2023.

"BCP modernisation projects are vital for strengthening national security, therefore they are currently the highest priority projects to which we pay increased attention. It is also important to be aware that in the current situation, when the prices of raw materials and energy resources have increased several times, it will be necessary to attract additional funding or reduce the amount of work to be performed. In frame of the modernisation of BCP “Terehova”, we will build the most critical part of the project for the infrastructure – the terminal,” R. Griskevičs points out.

During the first stage of development of BCP “Terehova” in the beginning of 2021, the building of in-depth customs control was put into operation. This year the construction of 4 control pavilions has been completed, but the construction of 2 control pavilions and canopies is still in progress. Control canopies have been rebuilt and expanded, above which electronic information signs will be placed. A server room has been built, new treatment plants have been installed, and new electrical installations have been built. The acceptance of the final works of the 1st stage is currently underway, which will be finished after the completion of the works and the elimination of the identified deficiencies. Organisational measures for the relocation of service staff to the new premises in the control pavilions have already been planned in April this year, but the completion of the works will continue until the summer of 2022.

The 1st stage of the development modernisation project of BCP “Terehova” was started in 2019, and it is taking place in several stages without interrupting the operation of the control services. The 1st stage is completed by implementing a project co-financed by the European Union Cross-Border Cooperation Program. The continuation of the project (2nd stage) is financed from the European Economic Area Financial Instrument for the period from 2014–2021 “International Police Cooperation and Combatting Crime”, implementing the project “Preventing and combatting economic crime at the Border Crossing Point ‘Terehova’”. Investment in the 1st stage of the project is 8.35 million euro (excluding VAT) and the investment in the second stage in Terehova is 1.84 million euro (excluding VAT).

Maintenance of objects important for the security of Latvia and the European Union and the development of borders is one of the directions of SRE activity. In total, approximately 72.9 million euro are currently being invested in the modernisation of border crossing points under the supervision of SRE. As a result of these projects, by the end of 2023, comfortable and modern working conditions will be available to the staff of border crossing points, and the infrastructure necessary for border control and customs control will be improved, making border crossing more efficient and faster. In 2021, the construction of the eastern border was started for 54.9 million euro, as a result of which the border fence and other infrastructure will be built by March 2023.