SRE: the Igate Palace complex is being auctioned for 915,000 euro 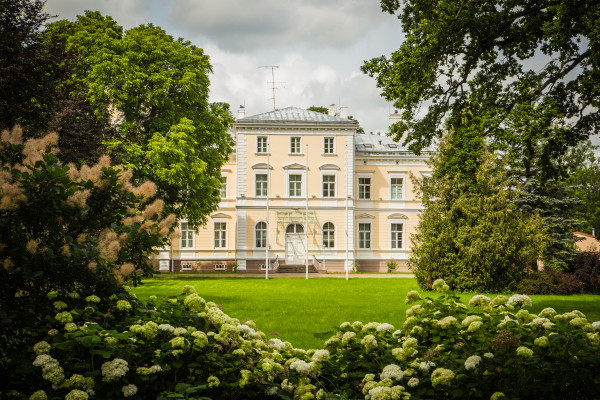 On 25 August 2022, an open electronic auction of the Igate Palace complex, in Limbaži Municipality, was concluded. One applicant applied for the auction – a legal entity, which, by making one bid for 915,000 euro, acquired the right to purchase the Palace complex – 3,290 m2 of buildings and 89,260 m2 of land. The agreement on the purchase of real estate will be concluded within a month, informs the SJSC “State Real Estate” (SRE) Board Member Andris Vārna.

According to the strategy of the capital company, SRE maintains properties necessary for public administration in the long term, while properties that are not necessary for public institutions in the long term and cause losses to the state are sold through public auctions in accordance with the law, or the transfer of assets to other owners is considered. The properties being part of the fixed capital, which cause losses to the capital company and which cannot be rented out to commercial tenants, are directed for expropriation, thus giving them the opportunity to have a new use. The funds obtained as a result of the expropriation of Igate Palace will be used for the restoration and management of other properties owned by the state and the capital company.

From the end of 2015 to the autumn of 2019, the Palace complex was leased to SIA “Domaines et Chateaux” and was used for the provision of hospitality services. After the decision of the owner of “Domaines et Chateaux” to move outside of Latvia, SRE continued the preservation and maintenance of real estate in autumn 2019, which costs the state 129,000 euro per year. At the same time, we were searching for a new tenant for the property, from the autumn of 2019 to the beginning of 2020, three auctions of lease rights were conducted. However, no one was found as a result of the auctions. In order not to leave the property empty, in 2020 SRE decided to bring life to the pub, separating the cafe from the rest of the property, which made it possible to lease these premises in accordance with the law by public auction, thus reducing the losses to the state. Since August 2020, the management and maintenance of the pub and its territory is provided by the tenant SIA “Munda”, while the general maintenance of the palace complex – cleaning the territory, mowing the grass, restoration works of the water bodies in the territory of the complex (a pond, a menagerie) – is provided by SRE. Security and heating services are provided for the palace building.

Those interested were able to apply for the auction of the Igate Palace complex from 26 July to 15 August on the website www.ta.gov.lv. The auctions of SRE can be openly, publicly and conveniently accessed on the electronic auction website, https://izsoles.ta.gov.lv, in the manner prescribed in the Law on the Sale and Transfer of Public Property. Open e-auctions, which can be applied for by any interested party, guarantee the transparency of the process and are the best way to find out the real price of transactions, which is determined by market demand. Anyone interested can apply for auctions.

Out of the 1,200 manors and castles in Latvia, in addition to the Igate Palace complex, there are two more under the direct management of SRE – Riga Castle, which has been used for public functions for a long time and receives state support, and the Mežotne Palace complex, for which SRE ensures the preservation of all historical values. Since May 2021, SRE, together with industry experts from the National Cultural Heritage Administration and the Ministry of Culture, has been working on the development of unified cultural heritage criteria for immovable properties; the informative report on the criteria developed by the joint working group will be forwarded to the Cabinet of Ministers for consideration in the near future (according to data of mantojums.lv, out of 352 properties with the buildings under the management of SRE, cultural heritage status has been allocated to 86 properties).

Igate Palace was first mentioned in writings in 1455, when Idsel Diderik Fitinghof sold the village and manor to Peter von der Borch. The name of the manor has changed several times. Around 1880, a neo-Renaissance style manor house was built in Igate Manor. The building was designed by Rudolf Heinrich Zirkwitz for the von Pistolkors family, demonstrating restrained and refined laconicism in the building. In 1934, the residential building of the manor was bought by the Latvian Children’s Union and a children’s boarding school was located in the castle. In the summer of 1940, it was transformed into an orphanage. Starting from 1972, Igate Palace was under the control of the Ministry of Agriculture. Since 1996, Igate Palace has been under the management of SRE. In 2001, the restoration of the palace was completed and the landscape park with ponds was cleaned.

SRE provides professional real estate management and administration for approximately 352 real estate properties consisting of 1000 buildings with a total floor area of 0.95 million square metres, along with land beneath the buildings covering 607 hectares and more than 3460 land properties with an area of 907 hectares. SRE is one of 23 Latvian companies that has received the highest platinum award as part of the Sustainability Index of the Institute of Corporate Responsibility and Sustainability, confirming the good governance and sustainability of its operations. The company was founded in 1996 and is 100% owned by the Ministry of Finance.