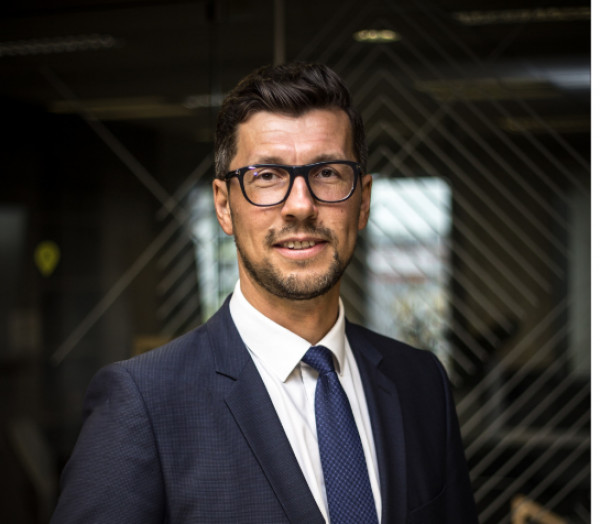 The bill to amend the Law on Forests passed in May is an important step towards the more efficient management of state-owned real estate and eliminating situations of split ownership. It will enable the more efficient use of government property and funding, making it possible to sell or to transfer to municipal councils or other organisations a number of properties not necessary for government functions, specifically, properties that contain state-owned forests, which was previously impossible. According to the executive director of VNĪ Ojārs Valkers, this creates opportunities for developing 25 properties in the portfolio of VAS ‘Valsts nekustamie īpašumi’ (VNĪ).

In accordance with the laws and regulations effective in Latvia, and the uniform state real estate management concept adopted in 2006, VNĪ must take over state-owned real estate that is no longer necessary for performing other government functions, meaning that historically, VNĪ has been managing various real properties not needed by other government bodies or ‘problematic’ properties, property without owners or successors, including property containing state-owned forest land. Of the 3600 land properties currently managed by VNĪ, with a total area of 9.6 million square metres, 61 contain state-owned forest land. Of these, 25 are no longer necessary for government functions; previously, legal restrictions prevented putting them up for auction and sale, or transferring them for free to municipal governments.

The purpose of the passed legal amendments was to make it possible to sell or transfer state-owned real property (both developed and undeveloped) that contain state-owned forest land, and that are not necessary for government functions, including any plots of land left over after the construction of transport infrastructure objects. This relieves the state from the duty to maintain real property it has no use for, and creates a solution for situations with split ownership. To avoid the unreasonable sale of state-owned forest land, the legal amendments specify certain criteria for the sale or transfer of such land. The Law on Forests amendments bill was passed by Parliament on 22 April 2021, and took effect on 19 May.

‘VNĪ has been actively supporting this bill for 3 years, being one of the parties proposing these amendments, along with the Ministry of Agriculture. Thanks to these amendments, VNĪ will soon be able to initiate the sale of real properties that the state does not need, at an economically reasonable price. The law will allow selling or transferring 10 developed state-owned plots of land to the owners of the buildings and structures located on that land in Riga, Jūrmala, and in Babīte, Inčukalns, Ķekava and Kalvene municipalities, thus eliminating situations with split ownership, which resulted in property right restrictions for the state as the owner of the land, and created expenses managing the leases, because the state has to maintain the real property that cannot be purposefully used for government functions. At the same time, the law will facilitate investments into the development of industrial enterprises and the surrounding areas, opening up potential for more industrial production. As demand grows, these companies will be able to expand their production capacity, for example, by setting up timber stockpiles, timber sorting grounds or other facilities directly associated with their production,’ said Ojārs Valkers, executive director at VNĪ.

Examples of the properties managed by VNĪ that were previously problematic for legal reasons include the former Īle spa retreat in Īle Parish, Auce Municipality, and the Saulstari spa retreat near Ogre, which could not have been put up for sale or transfer due to the forest land included in the property. The new legal amendments will create new development opportunities for these properties.

The amendments can be reviewed in full here: https://www.vestnesis.lv/op/2021/84B.5. The amendments do not apply to the privatisation or sale of state-owned forest land in the Baltic Sea and the Gulf of Riga coastal dune protection zone, because these coastal protection zones are governed by the Protection Zone Law, unless the state-owned land containing forest land in question is developed, and is sold or transferred to the owner of the development.

The auctions of VNĪ can be publicly and conveniently accessed on the electronic auction website, https://izsoles.ta.gov.lv, in the manner prescribed in the Law on the Sale and Transfer of Public Property.

VNĪ manages some 13% of state-owned properties, including real estate containing buildings, land, as well as undeveloped state-owned land containing state-owned forest land. VNĪ provides professional real estate management and administration for approximately 400 real estate properties with 1100 buildings of 1.02 million square metres and more than 3600 land properties with an area of 9.6 million square metres. The company is one of 23 Latvian companies that have received the highest platinum award as part of the Sustainability Index of the Institute of Corporate Responsibility and Sustainability, confirming the good governance and sustainability of its operations. VNĪ was founded in 1996, 100% owned by the Ministry of Finance of the Republic of Latvia. In conjunction with the Ministry of Finance, VNĪ prepares development planning documents, legislative bills and other documents intended for review of the Cabinet of Ministers; VNĪ is also in charge of implementing such documents in the field of state-owned real estate management policy.