SRE: a special film storage has been put into operation for the needs of the National Archives of Latvia 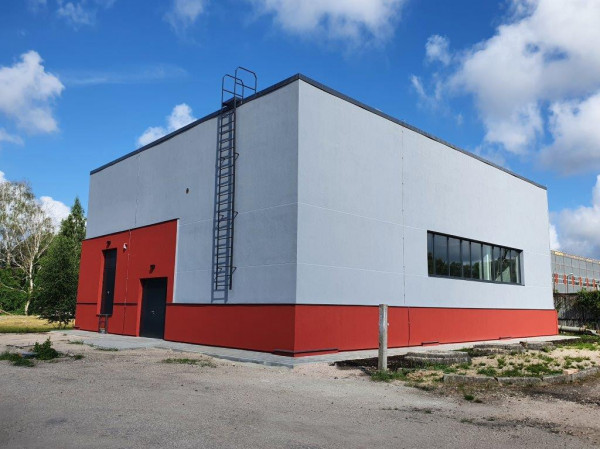 SJSC “State Real Estate” (SRE) has put into operation a nitrocellulose film storage facility at 14 Skandu Street, Riga, which is intended for the storage of materials of the National Archives of Latvia in special conditions, informs Renārs Griškevičs, Chairman of the Board of SRE.

SRE has invested 285 thousand euros in the renovation of the building. Within the frame of the project, external structures have been insulated, windows and doors have been replaced, overhauls have been carried out indoors and engineering and technical systems have been rebuilt so that the building can safely store films on a nitrocellulose base.

“A separate storage facility for nitrocellulose films will significantly improve the storage conditions of the film on a nitrocellulose base and reduce the potential risk of self-ignition, thus improving the security of the entire Latvian State Archive of Audio-visual Documents. The new storage facility will also be able to be used by other archive institutions, which has collections of films and photonegatives on a nitrocellulose base,” says Māra Sprūdža, Director of the National Archives of Latvia.

In the new premises, the archive will store culturally and historically significant and ancient materials such as the cinema tape of Tsar Nicholas' visit to Riga in 1910, as well as other video materials that viewers have often seen on TV screens. A specially equipped room is located outside the archive building to allow nitrocellulose films to be stored separately from other archive materials, thus reducing the risk of other important archive materials being damaged by film tapes in the event of self-ignition.

“The establishment of a film repository in the archives is a first step and a significant investment in ensuring that the archives are stored in suitable and safe conditions. Work on the archive building complex continues - we are also working to improve the energy efficiency of the archive's main building, which will provide employees and visitors with pleasant working conditions, but the city's residents with a renovated building that fits into the urban environment,” says Griškevičs.

As part of the energy efficiency project, which will end this summer, the archive will have a rebuilt ventilation system and a microclimate system, insulated roofing and plinth, installed lightning protection system, replaced facade windows, built-in rainwater drainage edge, as well as a ramp has been installed in caring for the people with reduced mobility. The building will also get a new facade colouration and a landscaped area. It is expected that the work done will save up to 50% of heat energy.

In order to arrange and efficiently use the real estate intended for the needs of the archives, at the end of 2020 the concept of archive development was also approved. Within the framework of it, it is planned to modernise eight of the 22 archive buildings by 2030, adapting the premises to the needs of archives, creating a comfortable working environment, suitable premises and a microclimate for storing, restoring and digitising documents. It is also planned to create publicly accessible premises, such as reading rooms and landscape the area.

SRE provides professional real estate management and administration for approximately 400 real estate properties with 1100 buildings of 1.02 million square metres and more than 3600 land properties with an area of 9.6 million square metres. The capital company is one of 23 Latvian companies that have received the highest platinum award in the evaluation of the Sustainability Index of the Institute of Corporate Responsibility and Sustainability, confirming the good governance and sustainability of its operations. SRE was founded in 1996 and its sole (100%) shareholder is the Ministry of Finance of the Republic of Latvia.